The Suprising Benefits of Cinnamon

Cinnamon is a spice that can be easily recognized due to its particular smell and taste. It is probably the favorite spice to millions of people all around the world today, as it was millenniums ago. Ancient Egyptians used to import it some 4,000 years ago, and it was even mentioned in Bible.

Ancient Greeks believed that it was worthy of the Gods, so they used it in their rituals, and some countries earned a lot of money by using it as a trade item.

But to get to this amazing spice, you will have to get it out of the inner bark of a tree Cinnamomum that grows in Sri Lanka, Madagascar and countries in Indochina. Although people today apply it mainly as an additive to all kinds of meals and desserts, cinnamon is also used in chocolate production and many beverages too.

But not so many people are aware that cinnamon also has numerous beneficial impacts on health, so in some way we could consider it as a cure.

Several studies have suggested that cinnamon can lower levels of sugar in the blood, even if you mix it with yogurt or pudding. There are many different types of this spice, but the so-called Ceylon Cinnamon should be the most appropriate for people with Diabetes Type 2. But it would still be the best to consult your doctor before putting it in your daily menu.

Also, even if you start using it, try to be moderate because nothing is healthy in vast amounts.

Some types of yeast infection can be highly resistible even to different medications, and Candida is one of them.

But it seems that cinnamon oil could help in dealing with that issue since studies show that it is highly effective against various classes of this infection.

This oil may help you win a fight with internal Candida infections, plus it could boost your immune system too.

Among the significant cinnamon benefits, there is one especially important for people who are fighting cancer. Namely, scientists have conducted thorough research that showed cinnamon can contribute substantially in treating cancer cells.

However, Cinnamon does not only help in mitigating and sustaining cancer cells, but it has also proven great in treating leukemia and another type of cancer cells  those related to lymphoma.
The first question that pops up is, how it is possible for cinnamon to reduce cancer cells.

Well, the answer is simple. The excellent cinnamon spice manages to starve the cancer cells of the sugar that they need in order to survive. Therefore, consuming cinnamon every once in a while can improve your health significantly and reduce the risk of cancer development.

Overweight people can be happy to know that an extraordinary spice like cinnamon helps in becoming skinny.

The spice contributes greatly to weight loss by thinning your blood and thus making it circulate more quickly through your body. This, in turn, makes your metabolism work faster, which means all the food you take into your organism will be digested in a short time.

Since cinnamon contributes to thinning your blood, then it seems that this spice can become very significant in the health industry. It is because cinnamon may serve as anti-clotting agent and thus prevent health issues in those who are already suffering from heart disease.

Reducing the Effects of PMS

Cinnamon has high levels of manganese, and for that reason, it may have an impact on mitigating the effects of PMS. So, women, you are lucky, because research has shown that those who eat at least 5.6 mg of cinnamon can reduce or completely avoid having mood swings or even cramps during ‘those days.

Therefore, should you want to avoid pains in your stomach or to cry for nothing once a month then you should increase the intake of cinnamon in your diet. It can only help you.

However, nothing is safe in excessive amounts, so be careful not to consume cinnamon too much.

Cinnamon has many other benefits indeed, and scientists are continually discovering its welfares. So, it would be good if your nutrition could contain cinnamon is some proper quantities. 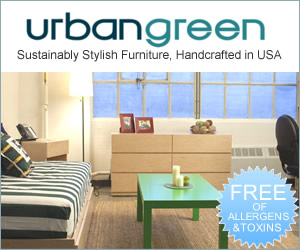 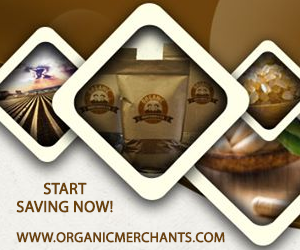